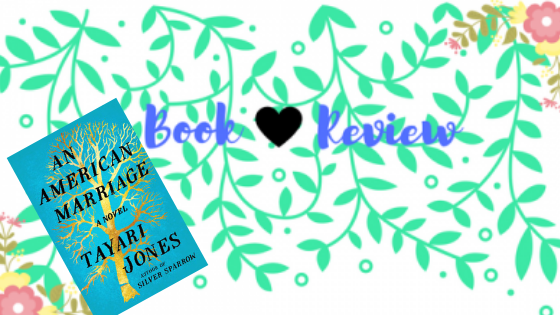 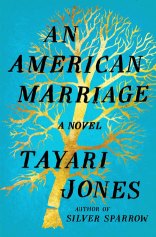 A sad, tragic love story; a couple so deeply in love but whose timing destroys their lives. An American Marriage is one of the most highly anticipated novels of 2018, earning itself a spot on the Today Show as well as the Oprah list. A novel of love, rage, heartbreak and all that causes and results from it, this is a raw piece of work. Though a work of fiction, if someone was to tell me this was nonfiction I would easily believe them. That is how realistic the plot and characters came across to me. Even the themes discussed – racism, human rights, marriage and family – all growing into deeply debatable issues in today’s progressive society, were explored and intricately opened, welcoming the reader into a global debate. The story was not a happy story, nor were any of the characters happy characters but it gave a deep reflection into everyday life and the issues and risks that come along with just getting out of bed every morning.

Newlyweds Celestial and Roy are the embodiment of both the American Dream and the New South. He is a young executive, and she is an artist on the brink of an exciting career. But as they settle into the routine of their life together, they are ripped apart by circumstances neither could have imagined. Roy is arrested and sentenced to twelve years for a crime Celestial knows he didn’t commit. Though fiercely independent, Celestial finds herself bereft and unmoored, taking comfort in Andre, her childhood friend, and best man at their wedding. As Roy’s time in prison passes, she is unable to hold on to the love that has been her center. After five years, Roy’s conviction is suddenly overturned, and he returns to Atlanta ready to resume their life together.

Celestial and Roy have been married for scarcely a year. They are still newlyweds; still young and unforgivably in love working hard to rise up the social latter in Atlanta. The couples’ relationship is solid, fresh and deep. Neither mistakes the passion and compassion that one has for the other despite the tests of trust and questionable antics they each pull on each other. Their marriage is nowhere near what we would picture in our minds as perfect but it’s just perfect for Celestial and Roy.

About a year and a half into their marriage the unthinkable happens. It places the trust, love and faith that they were once so sure they had for each other to the test, shattering the American Dream sort of life they had envisioned.

Accused for a crime both he and Celestial are sure he did not commit, Roy is dragged off to prison. He is sentenced for 12 years, shedding his blood where another man’s should have been. Through an exchange of letters Celestial and Roy remain deeply rooted in their love for one another, carrying out fantasies, reminiscing their younger years as rebellious lovers, and pouring their broken hearts out onto ink and paper. Through theses letters the story unfolds, unraveling a complex plot with overlying themes of race, relationships and basic, rightfully deserved, humanity. Sometimes told in Celestial’s perspective, other times in Roy’s the story questions commitment and the dangers risked in just being. The plot is complex in that not only do these letters narrate Roy and Celestial’s love but also the stories of secondary characters including the couple’s parents and Celestial’s childhood friend, Andre. Each character is deeply troubled with themselves as well as the corruptive judicial system they find themselves caught up in.

After five years behind bars much has changed. Roy’s mother, Olive has died of lung cancer. Roy has finally met his biological father, Walter. Celestial’s business, a delicate enterprise of handmade dolls called Poupées takes off. Celestial leaves Roy. Five years of suffering. Losing his job, family, pride, dignity and the love, or what he thought was, the love of his life. Roy is still faithful that he can return home and though he may not be able to get retrieve everything that he once had, he still believes that his wife is there waiting for him. Not only is Roy’s life torn apart but also the lives of everyone around him as they are confronted with a world of hypocrisy, deeply in need of social reform.

The only real insider we get about Roy’s life in prison is told through his letters to Celestial. This book is not a prison novel at all but rather about a corruptive society and the burden it can carry on love and relationships between its victims. The first half of the novel is told in a letter format, highlighting Celestial and Roy’s marriage. But as the story progresses, the letters grown shorter and less intimate as the couple find themselves growing further apart. About halfway through, the narration switches to a beautiful prose, introducing Andre as narrator, who out not only Celestial and Roy’s relationship as he sees it dying out but also his relationship with Celestial as it continues to grow into a love that he believes has always been burning.

This is a heart-wrenching story that I simply could not put down. Yet, with however much I loved the novel, I equally, if not more despised the characters, each and every one of them. Celestial is rather selfish and though it’s great to be your own independent woman, made a commitment to be there for Roy but not even halfway through Roy’s sentence does she leave him to his own, except for adding a monthly allowance to his commissary. And Roy, well I just found him pathetic and annoying. I totally understand that he is heartbroken and feels lost when he finds out his own wife gets with his own friend but that is, for example, no reason to take an axe to a tree! These are just some of the little things that irritated me about some of the characters. Neither Roy nor Celestial, or even Andre for that matter seems to take responsibility for their faults, turning a blind eye on the root of their anger and grief.

I never felt as though I could really connect with the story or the characters which is something that I usually look for in books and causes me to rate them highly. Unlike the protagonists, I grew up in an upper class home and was privileged with everything I could ever ask for from parents who were both educated and who immigrated into the United States at a young age. I never had so suffer any discrimination, racism or judgements from others. I never had to feel what it was like under a corruptive system where a particular color dictates your character. However, the rawness and truthfulness that I felt from each other the characters kept me reading. The storyline was well conceived and highlighted the wrongdoings that we see, yet are blinded not to see, everyday.