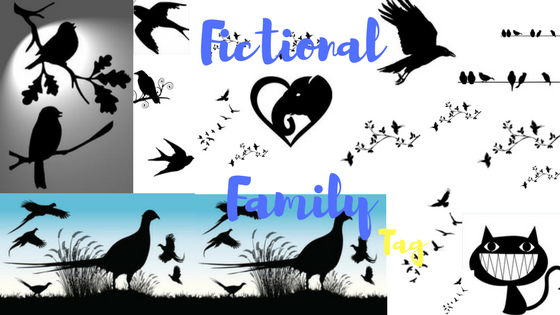 Today is the day I bounce up and down off the walls like the Mexican jumping bean my mother has raised me to be. And this is all thanks to our dearest Laura Beth at Hot Shot Headlines. This lovely gal has tagged me in the infamous () Fictional Family Book Tag. The last time I was tagged or nominated for anything was all the way back in Novemeber so y’all should understand my giddy excitement to get down to it. Laura Beth’s blog is always my go to because it not only includes thorough book reviews, but also super interesting commentary on events and news of the day. The Queen mama AKA creator of this tag is Marill at Books and Ravens. So enough of my jibber jabber, and gets see what unlucky characters ’bout to be a part of my gang. The Rules That I May Or May Not Choose To Follow:

The Secret History, Donna Tartt
We Have Always Lived in the Castle, Shirley Jackson
Alway and Forever, Lara Jean (To All the Boys I’ve Loved Before #3), Jenny Han
The Dinner, Herman Koch
To Kill a Mockingbird, Harper Lee
The Time Traveler’s Wife, Audrey Niffenegger
Kafka on the Shore, Haruki Murakami
Alice in Wonderland, Lewis Carroll

Parent 1: Bunny from The Secret History

Yow-Zuh! Probably not the best omen. This guy is not only a wuss-puss annoying jerk in the story but also gets murdered by his very own “friends” (oops..*spoiler alert*). I’m pretty sure anyone raised by this guy would be a racist outcast lying their way through life and ending up in prison on account of being a relentless hungry gold digger by the end.

Parent 2: Merricat Blackwood from We Have Always Lived in the Castle 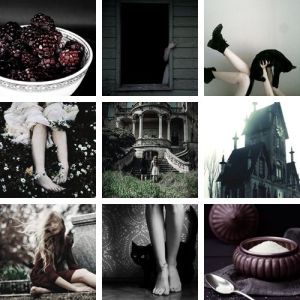 Being the daughter of a deceptive eighteen-year-old going on ten-year-old girl who poisons a bowl of berries on the dinner table, succesfully killing each of her family members except for her sister, Constance…? That is what I call some screwed up blood relation folks! Delphine Merricat Blackwood ? Has a pretty killer right to it, huh ? No way I would be eating any packed lunch made for me by this mama. 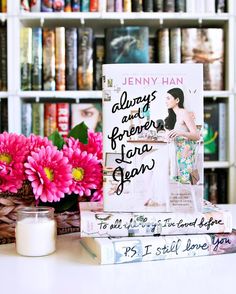 Yay, finally adding some spunk to the murderous fam-bam. Kitty is my all time favorite character from the trilogy. She’s Lara Jean’s feisty sister and although she’s the youngest, she is the most clever and resourceful. Having her as a sister I know I would never get bored and have a jolly good time plotting some sort of vengeful boyfriend fiasco.

Sibling #2: Michel from The Dinner

I’m beginning to catch onto a funky streak here. I have a father who is murdered by Greek-obsessed Ivy league students, a mama who is creepy enough to kill by poison just to stay with her sibling and live life as a hermit, I get a spicy spunk for a sister, and now I have a bro who murders homeless people for the fun of it… How psychologically disturbing and awkwardly uncomfortable in the most literal sense of the word.

Cousin: Scout from To Kill a Mockingbird 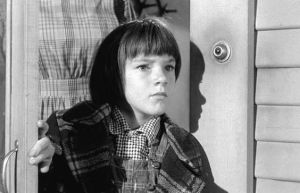 Scout is my tomboy twin. She’s stubborn, determined and outspoken. She gets into trouble and often finds herself confused in the world of adults. Scout’s innocence and practical thinking makes her an admirable character and definitely someone I wouldn’t mind being related to. 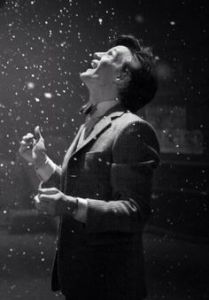 Well this would be interesting, odd, altogether a recipe for disaster. Being destined to be with a man all my life, having no choice in or out, everything being dependent on night my destiny but his. Henry is a time traveler and pops up here and there, never quite knowing when he’s coming and when he’s gong. As his girlfriend I would be a loopy doopy ghost of his past and future when really, all I would want would be to be in the present. I’m not sure I would be down to be in a relationship with a guy who can’t keep himself in one place, literally. I would be always worried, nervous and basically irritated but more so frustrated knowing that my boyfriend has no say in the matter of his comings and goings.

Best Friend: Kafka Tamura from Kafka on the Shore 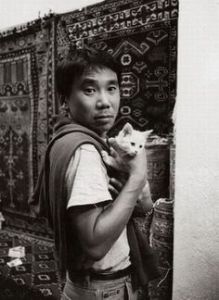 Kafka be the man!!! WHOOT WHOOT! Kafka is self-reliant and embarks on a compelling quest in the novel. He’s part of a surreal adventure that I would give up skittles to be a part of. I mean, Kafka also does get mixed up in some pretty kinky stuff, but the fact that he hides out in a library for the majority of his days, passing his time reading and digging up clues to his long last past seems like the dreammmmm.

Oh boy, my little baby Haruki would have a heart attack if I walked through the front door with this mischievous purple ball with a deceitful smile. But I think it would be worth it, just as long as I don’t wake up in the middle of the night to a tale here or a pair of eyes their floating in the dark.

I had a lot of fun doing this tag and I hope to hearty hell that all y’all had a joy reading it. I’m going to tag three of some of my favorite bloggers but don’t feel tied to doing the tag; I just wanted to give ya an honorable mention. Toodles! 😀 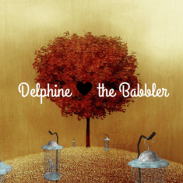